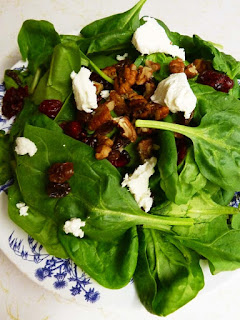 Like most kids, I was not into spinach. I tried to feed it to my dog whenever it was served but he would dash away from under the table into another room... traitor...and he would eat anything... well, obviously not. Dead rodent had greater appeal than spinach.

And Popeye didn't convince me either. I used to watch those old cartoons thoroughly sure of the fact that the poor sailor had some serious palette dysfunction whenever he crushed open a can of the leafy green stuff with his hand and wolfed it down like it was appetizing! There was no situation so dire that could possibly make that look good. This was another adult ploy to bamboozle me into eating vegetables.

In fact, having spinach was as about as appealing as going over to my next door neighbor's front yard and devouring his funny looking plant. I did not have grasshopper tendencies... so why spinach if not my neighbor's foliage?

But as I got older, I began to see spinach perks. Packed with vitamins and minerals, it was no wonder that Brutus got a beating every time Popeye opened up a can. But could that processed spinach have been as good as a healthy fresh spinach salad for the old boy? Imagine the damage he could have caused with this recipe!

What I like about spinach now is that I find it a fairly flavor neutral springboard for a salad. It does not attack my taste buds in a negative bitter way like arugula. It has a mild flavor to which many wonderful and healthy things can be added. 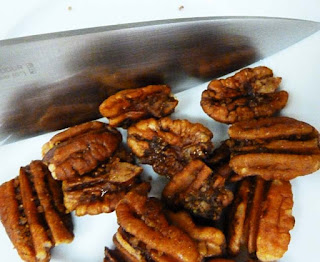 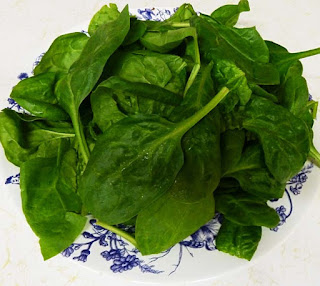 In a large bowl, place the spinach. 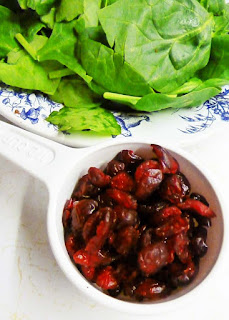 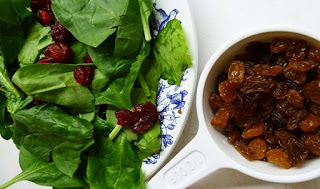 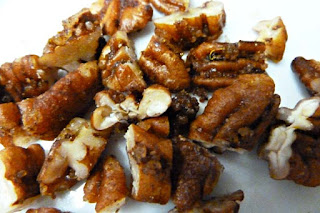 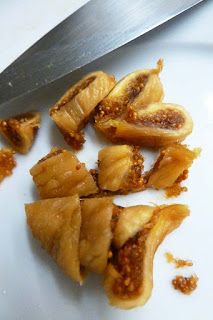 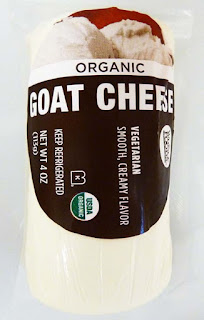 Crumble 4 ounces of goat cheese over the salad. For the first time, I recently used Whole Foods Organic Goat Cheese. This is a product of the US. I like the fact that it's organic, but I think for a greater bite in the taste, I would probably choose Ile de France next time. If you don't like goat cheese, you may want to use Parmigiano-Reggiano cheese, which also has a terrific bite and works very well in this salad. 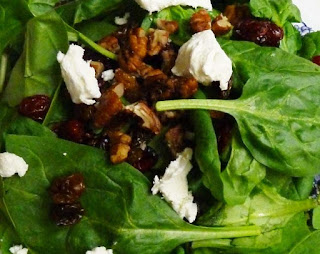 You're ready to serve! And I do think this beats my neighbor's plant....
Posted by Winslow Dog at 11:02 AM